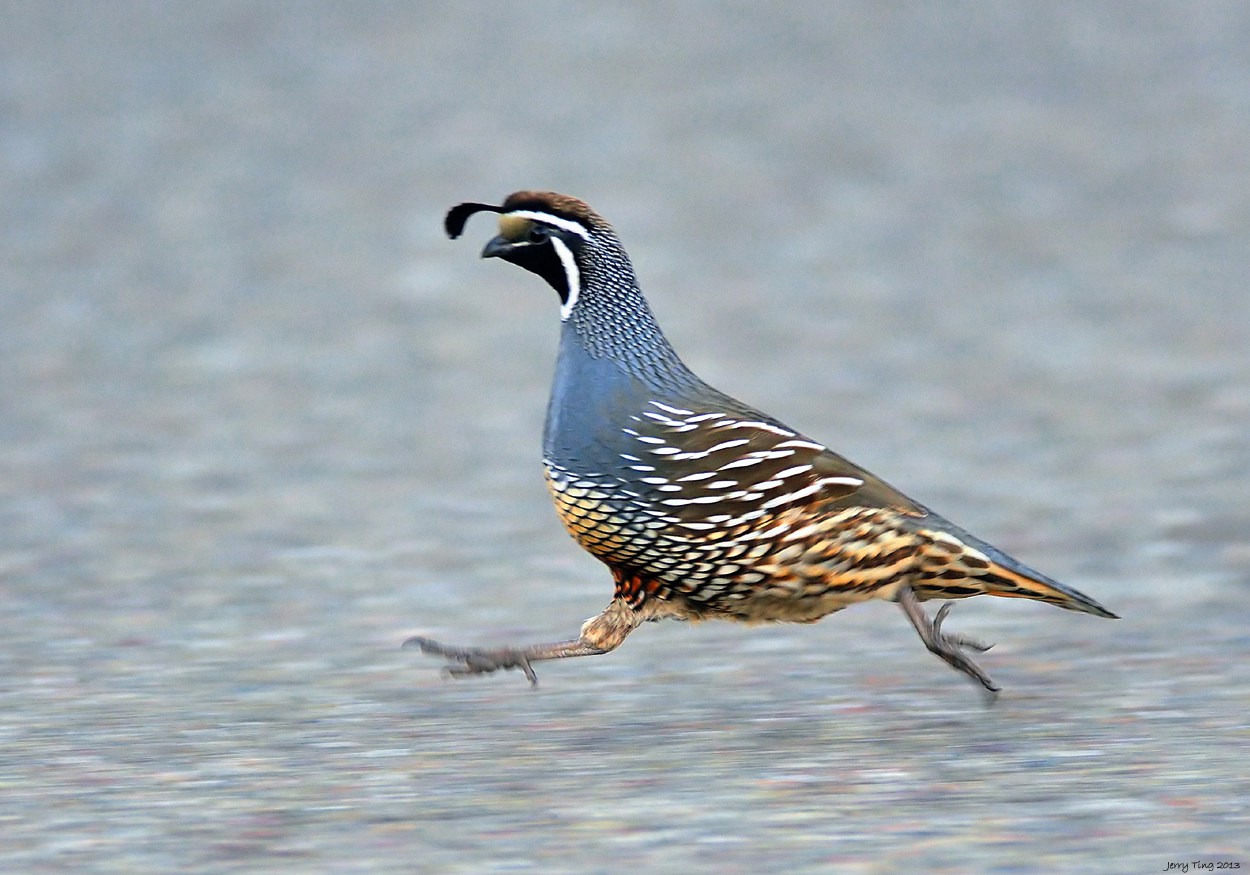 If you're familiar with the California Quail, you'll know that their default mode of transportation is to run. You'd think flying would be easier, but unless they are backed into a corner, they'll run. They always run. It's their thing. Here's proof:

So, one day, a group of Quail got together and decided they wanted to make a change. They knew flying was easier and more efficient — and they were committed to setting themselves apart from their peers. They were going to be the highest flying quail the world had ever seen.

So, they did their research, hired an eagle to teach them, set a date, and marked their calendars.

When that day came, they arrived promptly to greet the eagle and learn to fly — and they did! In fact, they soared! They were the most graceful flying quail on the planet. At the conclusion of their lesson, they wrote the eagle a big fat check, gave each other a congratulatory pat on the back, and then THEY ALL WALKED HOME. ‍

How often do we learn something and then fail to implement it? Isn't the application usually the most difficult part? Then why do we let our guard down immediately after we feel like we've figured it out?

It's the same reason that you wouldn't try and fail at something nine times, make one successful attempt and think you'd mastered that skill. When that muscle memory is put to the test, you're track record will leave you somewhere around a 10% chance of success — no matter how badly you want it.

Let's remember that principle if we want to make sure that we're actually going to implement the things that we've learned. Not only do we need to actually go out there and do them, but we should also measure and track our progress until we're successful ten times out of ten in practice and in application.

Unfortunately, this isn't easy at first, but there is help available to you. A good coach or a trusted third party expert who can keep you accountable, guide your progression, and accelerate your learning is worth their weight in gold. Having someone fill that role in your pursuits is an irreplaceable asset.

In our "Tail of the Quail," had the Eagle been an exceptional coach, he would have stuck around to see if they applied his teaching or at least assigned them accountability partners and checked back in a day or two.

So, take the time to find a good coach, invest in your own progress, and apply what you learn. After all, getting better is what makes and keeps our pursuits fun!

How to train your brain

Learn how to manipulate your learning curve by reducing your risk and reprogramming your muscle memory. . .

Be aware of the pendulum swing

Overreacting? Underreacting? Be aware of our natural aversion to avoid pain so we can recallibrate our center. . .