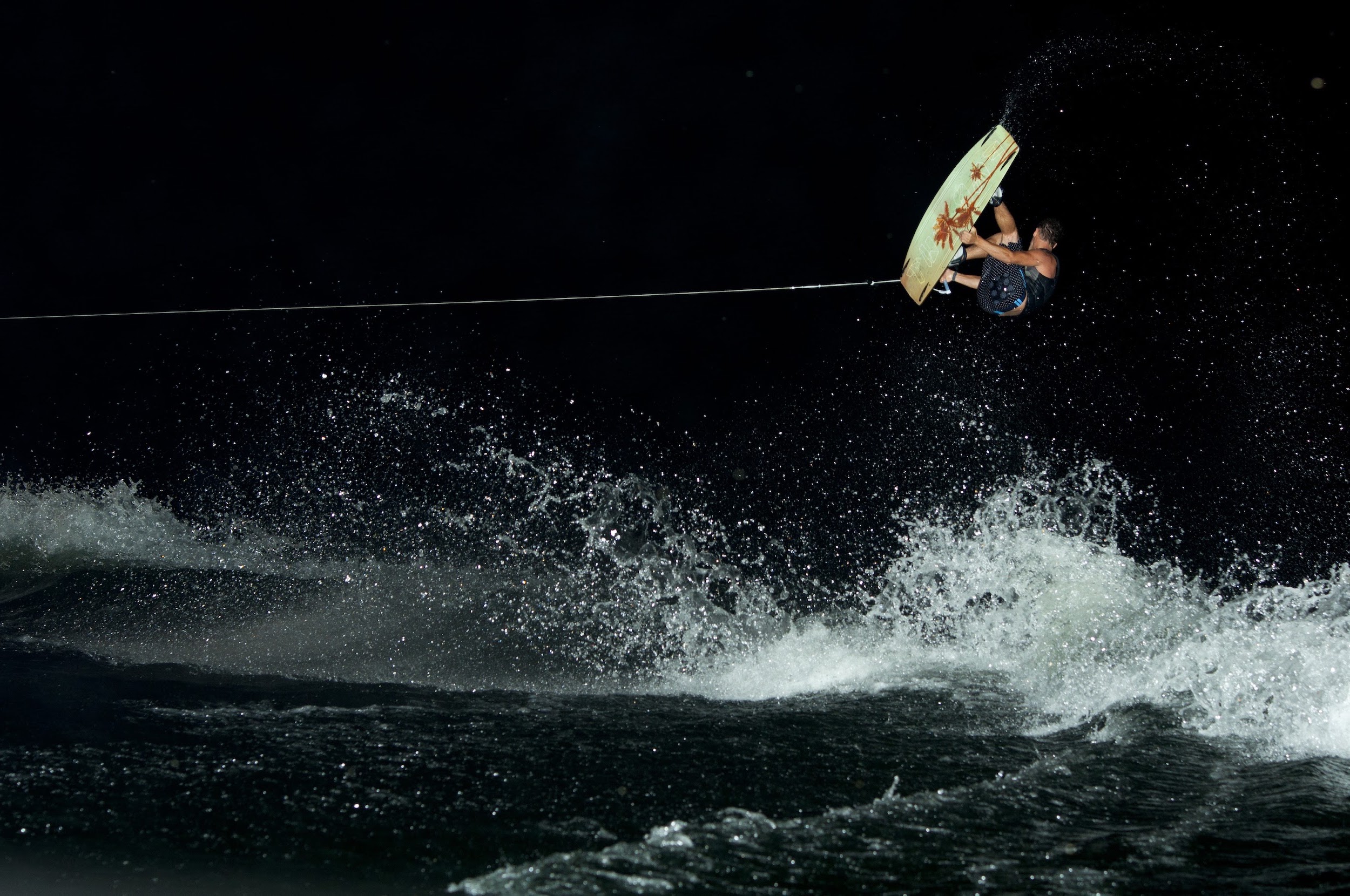 How to train your brain

The key to exponential learning and personal growth is to train your conscious brain to feed and support your subconscious brain without hindering it. It's a delicate balance. The more you understand this relationship between these two 'brains', the more you can manipulate your learning curve — no matter the subject you're trying to master.

Note: Teaching myself and others has taught me profound lessons about how human beings learn. I'm sure there are other, more refined and documented psychological studies out there on this topic. The following article contains some thoughts I've had in my head for the past few years. I've finally gotten around to writing them down. The explanation is a work in progress, but the principles here have proven themselves to consistently yield reliable results.

First, let's define these two parts of the brain.

The subconscious part of the brain that takes over when your conscious brain gets lost in thought while driving home from work, only to unsettlingly realize that you just pulled into your driveway with no recollection of the drive home.

*For a more in-depth analysis of how your subconscious brain affects your habits, read The Power of Habit by Charles Duhigg﻿.

How do they function in our lives?

Let's reverse engineer something you've already learned and dissect it. Since we've all heard the saying, "you have to walk before you can run," Let's use running as our first example.

First, let's separate all of the variables we need to learn in order to run; all the way from learning to roll over as an infant, to crawling, to walking, to running, and eventually sprinting and endurance running.

We walk around all day without even thinking about all of these mechanics. But that's the key: we don't have to think about it. This is because our subconscious brain does the bulk of the work for us. Without the subconscious brain's help, every time we took a step we would have to think about how to balance, where to step, when to shift our weight from our right foot our left, impacting the ground from heel to tow, the cadence of our steps, how high to lift our foot, and so on. Instead, each step was repeated and practiced, consciously at first, until each step is absorbed into our subconscious. Once all of those mechanics are become subconscious, our conscious processing power is freed up to focus on the next step in the sequence. Call it developing a habit, learning something new, training your muscle memory, etc — it's all eventually stored in our subconscious.

This subconscious storage is necessary because our conscious brain only has so much processing power.

We just can't pay attention to all of the things at once and be efficient at it. Another good example is driving a car. When someone pulls out in front of you in the road, you react. You don't have the time or processing power to think, "lift my right foot off of the gas pedal. Now place my right foot onto the brake pedal." You just do it. You do it instinctively, because, at some point in your life, your conscious brain taught your subconscious brain how to do that.

Now, imagine you've never driven a car before, and then someone pulls out in front of you. You might freeze like a deer in headlights, or panic and start smashing pedals and pulling levers. Have you ever heard about an inexperienced driver that accidentally hit the gas pedal instead of the brake? This is because they may still be consciously thinking about every move they make in the driver seat.

How can we leverage this for our benefit?

Ever wonder how people get really good at something? It's rarely ever that they are just born with pure talent. More often than not, it's the application of persistently working on something new with their conscious brain, repeating and applying that knowledge until it's downloaded into their subconscious brain. Then, over time, they continue to add additional skills to their subconscious brain's acquired functions. This brick-by-brick learning style can produce spectacular results.

Let's pull an example from wakeboarding, using Mike Dowdy's first-ever wake to wake Toeside Frontside 1260 (three and a half rotations) as an example. Here were the prerequisite tricks that built on each other to support this much rotation:

It all builds on each other. If you cannot do the goal trick, then it's probably because there's weak prerequisite trick. If you want to do a simple 360, but you can't do both of the supporting 180's, then you've discovered your path to the 360. Don't beat yourself up just throwing yourself into the 360 over and over again, hoping that your conscious brain can handle thinking through all of that new information all in perfect succession. Instead, target the weakness, isolate that variable in a lower risk environment (this eliminates your fear and hesitancy to commit, which in turn, boosts confidence), and strengthen that skill. It's just a matter of laying bricks.

This principle can also be applied to every organized sports team's practice. Think back to a time when you were part of an athletic team. What did you do during practice?

When I played on my high school hockey team, all we wanted to do was scrimmage — but our coach knew better. He focused on turning our weaknesses into strengths, one drill at a time. Let's look at the individual and collective skills required to win a hockey game and work backwards.

Our coach would carefully observe our team, find out which of those skills we needed to work on the most, and then created specific drills to help us develop those skills that needed strengthening. Scrimmaging would test the combination of all of those skills in harmony. The purpose of a scrimmage is to see how a team's newly developed skills work together. The purpose of a drill is to isolate only the variable you want to improve on, followed by specific critique on the subject matter only.

For example, if a player is working on his stick handling and his skating is sub par, don't give him a critique on his skating. That's not what his conscious brain is focusing on right now. If you want him to focus on his skating, most of the time you're better off having him ditch the puck and work on a different skating drill.

Additionally, telling him to work on his stick handling is also a good time for the coach to study how his subconscious brain handles skating since all of his conscious processing power is being used up on the puck. Does that make sense? It's all specific, targeted, and isolated improvement. Then, once the base skill has been improved, you can combine a few of them together to see how they work in unison. Working forward in this pattern would look something like this:

Then repeat this, focusing on the new weakness as defined by what the coach learns in the scrimmage. As your weaknesses are transformed into strengths, your weakest skill will always be changing. Constant evaluation is necessary to diagnose which drill to work on, and how specific you need to get.

Does this apply to other, non-physical pursuits?

Our brains work in a similar way in other aspects our of lives. The truth is, if you think about it long enough, you'll find a way to apply this to your specific situation — which is why I included so many different examples earlier. Find your goal, then dissect it and work backwards, isolating specific skills to develop on along the way. Once you have a plan, work forward toward your goal and evaluate often.

One of my goals is to learn how to be a better leader. I can take a look at my strengths and weaknesses, identify one that I think I need to improve on, and focus on improving one thing at a time. Let's take follow up for example. I would like it to be natural and habitual with every commitment that I make, every meeting that I have, and every action item I create for myself. So, in order to create a subconscious habit, I've been focusing consciously every time I need to follow up on something.

I picked up a little pocket notebook with a pen holder and I write every action item down in it. Then, once a day, I review my action items, and either knock them out then and there, or plug them into my calendar.* I've been doing it for about a week or so and this task already takes less conscious processing power than it did last week. Eventually this will become a subconscious habit. Once it becomes subconscious, my conscious processing power will be freed up enough to hone in on another skill.

*I learned this method of aggregating and executing my action items from Making Ideas Happen, by Scott Belsky.

Ask yourself, what do you want to get better at? What skill do you want to learn? And what drill can you create for yourself that isolates that specific skill? You'd be surprised at just how much you can teach yourself when you map it out into bite size pieces.

Stuck in a rut? Try this method of forced failure to trick yourself out of your comfort zone. . .

Failure can be a great mentor. Don't deprive me of my ability to completely and utterly fail. . .