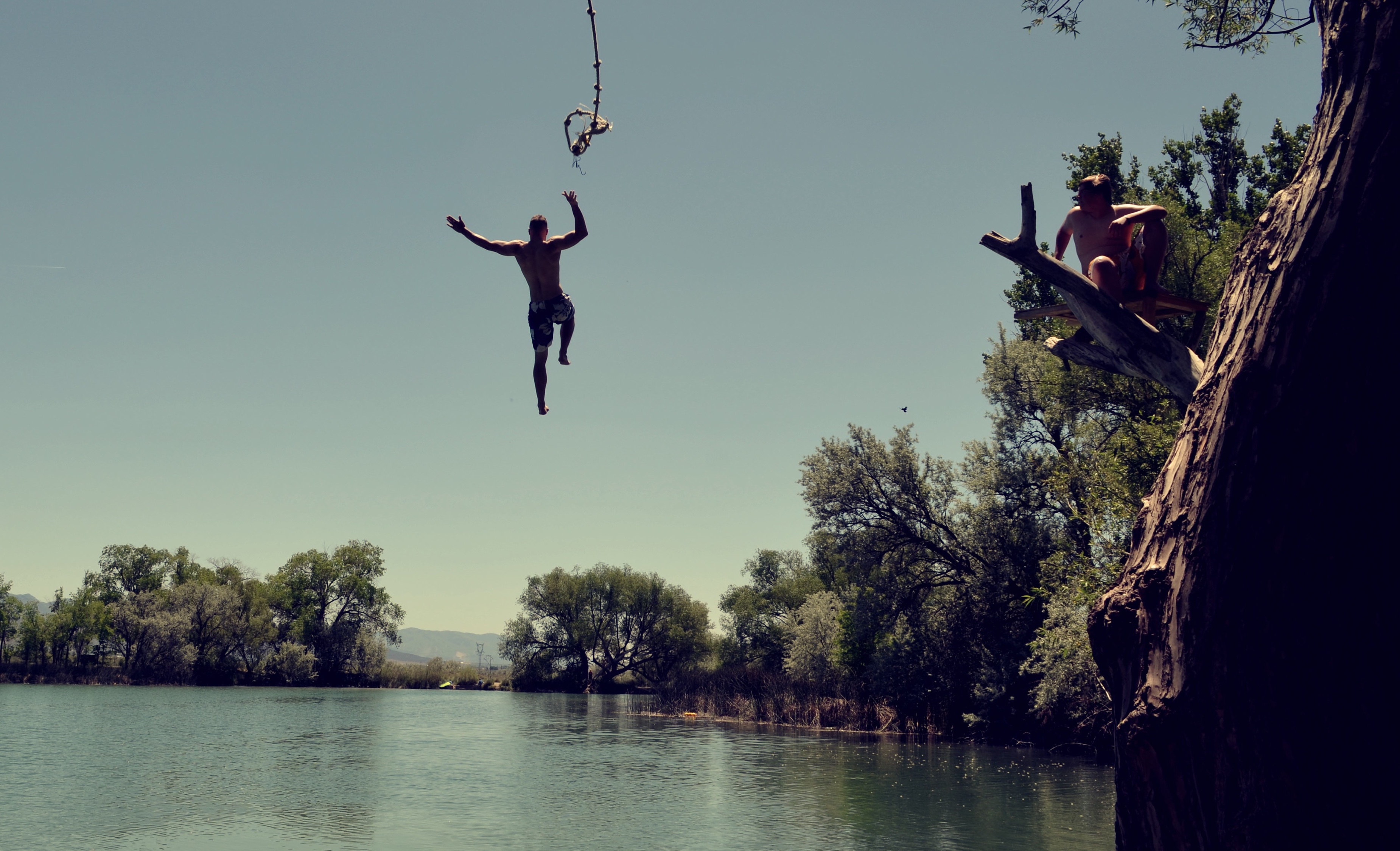 Be aware of the pendulum swing

The pendulum that I'm referring to in this article is specifically the emotional pendulum that we all swing on, whether or not we are aware of it.

The physical pendulum swings from side to side, passing center from one extreme to the other.

The danger lies when someone is not aware that the pendulum will unavoidably swing back in the opposite direction.

Have you ever swung on a rope swing attached to a tree over water, only to chicken out at the last minute? What happened when you didn't let go? Physics tells us that you came right back toward your starting point, risking a direct collision with the tree or shoreline. Just search "rope swing fails" on YouTube and you'll see hundreds of videos proving this point.

How do our emotional reactions mimic this pendulum swing?

When we experience pain, our perception of the center of the pendulum shifts. If we've been burned by the left side of the pendulum, we'll naturally gravitate to the right, and vice versa. Sometimes we irrationally run so far to the opposite side of the pendulum that we get burned again, but from an opposite set of consequences. Let me give you some real life examples of this.

We'll start with personal finances. We'll label the left side of our pendulum as "irresponsibly prodigal," and we'll label the right side "irrationally frugal." Do you know anyone who grew up during the great depression? How do they handle their personal finances? Everyone I've ever met who grew up during this time, including my own grandfather, sits way over on the right side of the spectrum. If you ask anyone in that generation if they are centered in this spectrum, most of them will tell you that they are dead center or just slightly right of center, when, in fact, most of them are much further to the right side of the pendulum than they think. This is because they experienced emotional pain on the left side of the spectrum during the depression. In an attempt to avoid this pain, they ran as far away from the left as possible, and found comfort in the right — sometimes to a fault.

Here's where it get's interesting.‍

This false perception of where "center" is located can cause a lot of tension between people when both parties insist that their pendulum's center is the correct one. This divide can sometimes be generational. My grandfather wouldn't spend a dime on anything that wasn't absolutely necessary, even if he had the money. His children are now repelled by that kind of frugality and now err on the side of spending too much money on their kids to make up for what they missed in their childhood. Sound familiar? Stereotypical overcompensation on both sides. My grandfather's generation was right of center, and now my parents' generation's perception of center is to the left of true center. It's up to me now to center the pendulum.

The best way to combat this, is to be aware of it. This applies in all areas of life as well. Sports, business, relationships — you name it. I've worked for people who's priorities were off because their center was not true. This was detrimental to their business and caused myself emotional discomfort during my time at the company. The next time I looked at the job market, I made sure that I "didn't make that mistake again" and ended up working for a company who's center was skewed in the opposite way that I had just been burned. I could have avoided such pain by recognizing the pattern and recalibrating my own center.

How do you recalibrate after you've been burned?

The answer is simple, but difficult. It starts with taking a minute to reflect after you've been burned. Think about the pendulum — draw it on a piece of paper if you have to. Then label the side that you were just burned by. This will be the easy part. Vent about it to someone or write down all of your frustrations on paper. Get it all out.

Next, you'll need to find the opposite side of the pendulum. You do this by hypothetically running as far away from what burned you as possible. Take it to the extreme. You should go all the way until you recognize the flaw in that side. For example, if I was burned by someone with too many rules and regulations, then the opposite side of the pendulum would be no rules, anarchy, and total chaos.

Once you've found both extremes, think about the pros and cons of each side. True center should retain as many benefits as possible from both sides, and exclude as many drawbacks as possible. It will rarely ever be perfect, but this exercise should give you an indication of where true center is. If you're a little uncomfortable with the new center you've discovered, then that's actually a good thing! It means that you have self-diagnosed your misperception of true center and can now correct it.

Any time you feel tempted to run toward the opposite side of the pendulum, remind yourself of the dangers of that side. Play out the extremes in your head, and you'll be able to tame your visceral emotional response.

How to adaptively communicate

When a team communicates clearly and effectively in light of their differences and not despite them, they become unstoppable. . .

Failure can be a great mentor. Don't deprive me of my ability to completely and utterly fail. . .